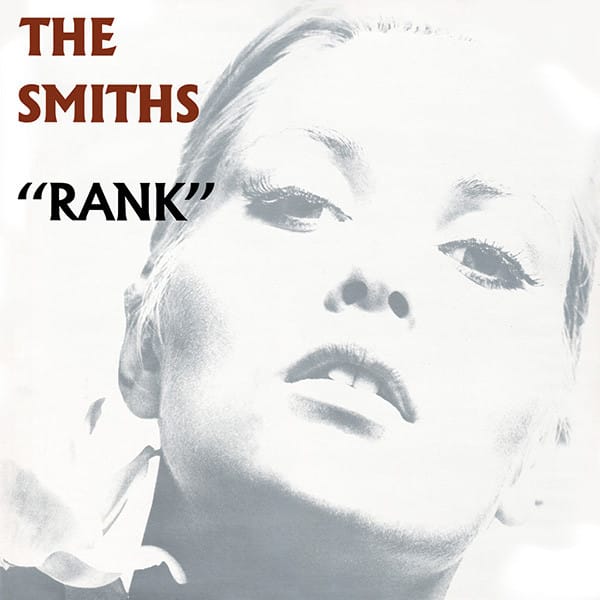 This album is a 2011 UK reissue on heavyweight double vinyl from the original 1988 concert recordings.

Not rotten, not rancid, this is both fresh AND Rank. However this is not only a great live album, which can be difficult to enjoy more than once usually, but at times sounds like a pretty great studio album in sound. Right? I don't listen to many live concert recordings, though I did take a minidisc recorder to a Morrissey concert in San Diego and it sounded horrible. But this live album is pretty astonishing.

There is lots to discuss here. The Smiths were great band, with very talented musicians, and the album designs for them at Rough Trade were compelling for me. The snarky word play iin the etchings on the vinyl, the sleeve designer having a last name of "Slee", Johnny Marr's guitar work, Andy Rourke's bass lines, Mike Joyce's drums, and then vocals AND album art by Morrissey, typeface choices, …all of it was engaging for me.

Recorded live at the National Ballroom, Kilburn in London on October 23rd 1986.

The concert opens with an extract of "Romeo and Juliet" by Prokofiev, performed by The Philadelphia Orchestra. It ends with an excerpt of "You'll Never Walk Alone" by Rogers and Hammerstein, performed by Shirley Bassey.

https://www.discogs.com/The-Smiths-Rank/release/3708558 Search for "Rank" by The Smiths