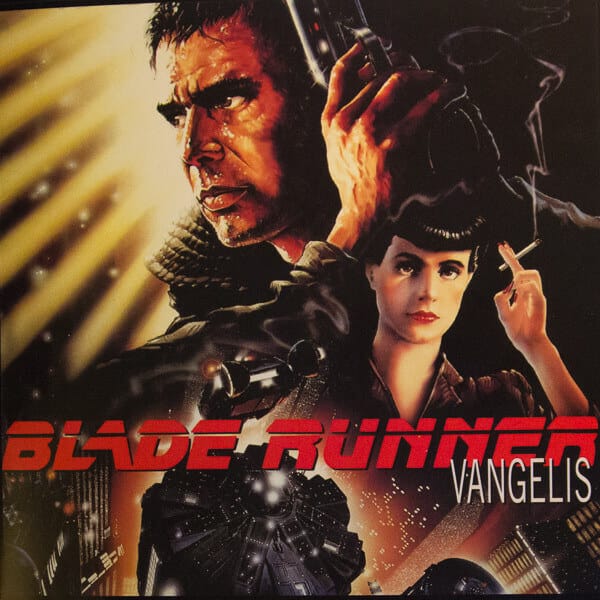 Remastered and then a limited edition rerelease on red vinyl, this record was difficult to not Add to cart.

Soundtracks are difficult to review or speak about, specifically when the reader hasn't perchance seen the movie. Reading reviews that discuss the movie can be troubling because of that whole "spoilers!" thing.

This is a groundbreaking movie for Ridley Scott with actors that at the time were industry greats. The movie also evolved the concept of the "cyberpunk" genre/movement and set the bar for movies that attempt to mimic or evoque the "cyberpunk" style. Many directors since have mentioned this film as inspiration, including for the movies "The Matrix", and others.

This soundtrack is particularly strange in that for some people it is not that pleasing to listen to, but if you have seen the movie a few times and have become enamo(u)red with it, listening to the soundtrack is a aural experience similar to watching the movie.

…and since the movie is a favorite of mine, here is a photo of the record: