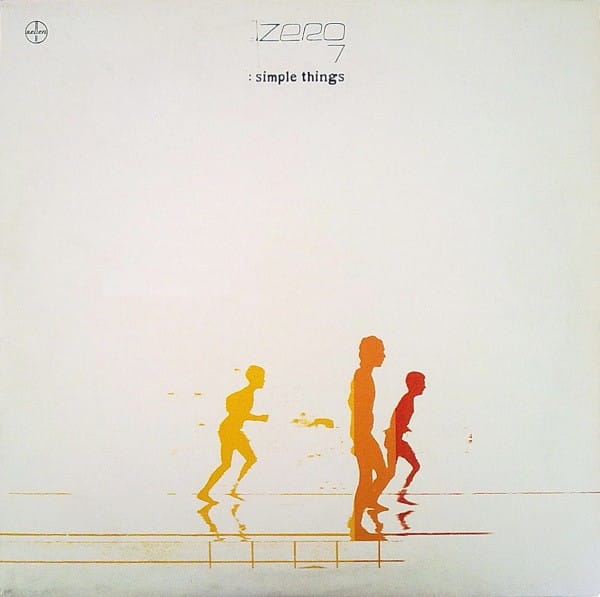 One sunny day, I was driving home from work on the 55 freeway one pay day and decided to stop at Virgin Megastore in Costa Mesa to see what new releases were available.

I was browsing the CDs that were listenable, then a few records at the testing table… Then I went to the discount bin.

This CD was available on special for like $5.99. Typical album prices around then were at least twelve dollars. At least!
So, I gave it a listen and couldn't believe my ears.

The album was so good. The wife and I have played this CD and now the record countless times since, and it's a favorite.

Though Sia Furler was not technically a part of the band, she became a regular singer and the 'unofficial bandmate' as a result. Sia went on to become an incredible musical artist with her solo career and writing songs for various big name artists, too.

We were able to see Zero 7, Sia, The Gotan Project, and José Gonzalez perform at the Hollywood Bowl a few years after this release. It was for KCRW's World Festival summer concert series that year. What a lineup!

After the show we managed to see them all backstage on the balcony after the show. That was a treat, and they were all very kind musicians and humans. Here's a pic snapped of Sia and I:

I found a video from that show, mind you this was before pocket computers could shoot 4k video in dark light, so the quality isn't there, but you'll get a sense of it:

José was a very softspoken person, and the Gotan Project hesitated to interact since they mostly spoke Castillian, I believe. I didn't get a chance to speak with Henry or Sam.

Intro, an agency out of the UK did the cover, but there's not much info about the design of it. Intro did work for bands such as Prodigy, Depeche Mode, Luke Slater, Simply Red, Stereo Lab, Oasis, and Primal Scream. They do have an entry on their site about a project they did with Zero 7 titled 'Mono', which was an abstract music video for the band. I hadn't heard this one before.

The design had a smooth monotone orange throughout the liner notes and design, and minimal typography. Sadly that's about all of the info I have on this cover.

Of their later albums, the Garden is probably our second fave of theres. Although the song Light Blue Movers as a B-side track from their album When It Falls has to be one of my most played songs of all time. Here's that track:

Produced and Fleximixed at Shabang Studios.