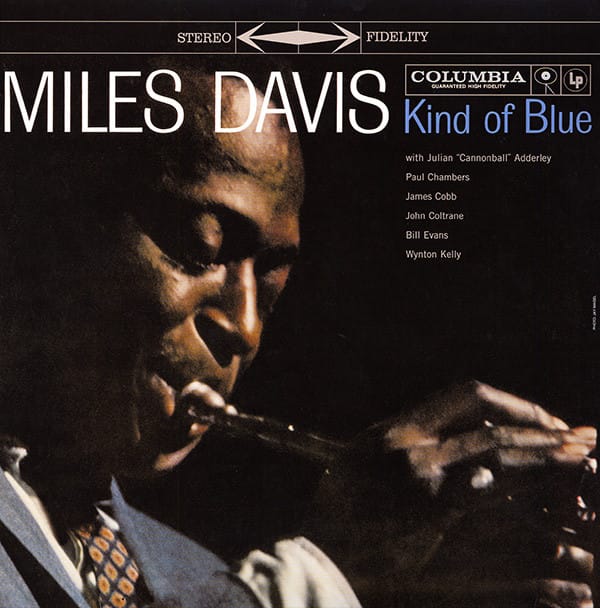 This reissue of the 1959 classic jazz release is a little heavier. This is beyond "classic", though. It's "Epic".

This was not exactly a early addition to my collection.

Dad had an original pressing of this and he played it frequently. I still have the original, but this updated version sounds cleaner. Of course, you could argue that the older one sounds more like my childhood memories, but it is aged, scratched, and battered. Thanks for playing this album so much, Dad. Perhaps I'll put on the old one for old-time's sake.

So a few years ago I picked this version up. This release actually came out in 2010.

I redrew the cover art for a design class at UCLA. I'll have to see if I have that somewhere to share here.

Oh, and don't forget the 8-Bit version of this album "Kind of Bloop" compiled by Andy Baio:

Also, do read Andy's writeup about this project and fair use / appropriation.
kindofbloop.com
waxy.org/2011/06/kind_of_screwed
Also, I'm not going to add in the artwork for this, because …read his story.

When did you get this album?

The best-selling jazz album of all the time.
A cornerstone record music.

"So What," "Flamenco Sketches" and
three more definitive jazz recordings

https://www.discogs.com/Miles-Davis-Kind-Of-Blue/release/2825456 Search for "Kind of Blue" by Miles Davis