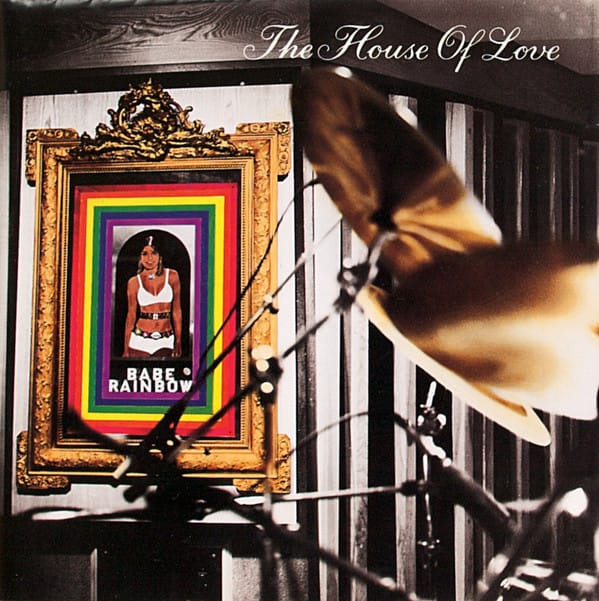 The House Of Love

House of Love had a few releases prior to this one that I really liked. Then this one came out. I know, I've already added a release from House of Love.

I love it. The packaging had evolved from the Spencerian swoosh typefaces and melodramatic photos. It featured much more Helvetica Black and a masterful exploration in iconography based on the band name in the liner notes.
This release had a large hero image featuring the painting of the same name by Sir Peter Blake from 1968. Area did the cover design, who did work for Mute Records and EMI.

I had just returned home from a long trip overseas. I picked up this new record at the Army base in Berlin. I had seen it at a French music store downtown called FNAC. That store was awesome. Bought some ceramic position IV audio tapes for making some choice mixtapes. I had an incredibly thin Sony cassette player that was no larger than an actual cassette, with soft, touch-sensitive controls. Ah, the good old days.

It was shortly after this, and I had this CD in the family HiFi system to play when mom and dad weren't at home to object. Loud. So, during a tense family meeting, the atmosphere was thick with confusion about our responsibilities as kids. It didn't end well, but well enough. A few upset egos and frustration all around.

We adjourned from the meeting, and dad turned on the HiFi to play some music to dissipate the smog, as it were.

Guess which track came on with abandon, guitars jangling and at high volume?

The person that sold me this copy from Greece must've had a child that enjoyed artwork. Notice the pro marker scribbles:

https://www.discogs.com/The-House-Of-Love-Babe-Rainbow/release/2097058 Search for "Babe Rainbow" by The House Of Love