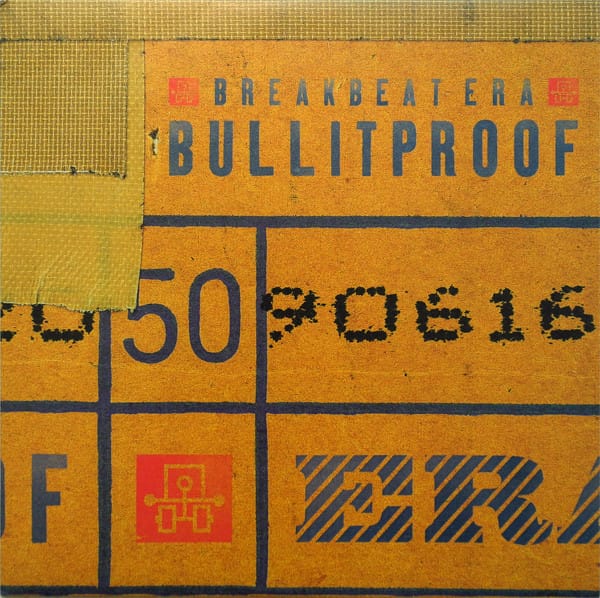 The creation of bandmates Roni Size, Leonie Laws, and DJ Die, "Breakbeat Era", was a band I discovered while also rifling through records and CDs from other acts in the '90s such as Photek, Source Direct, as well as UNKLE, James Lavelle, Massive Attack, DJ Shadow, Leftfield, Future Sound of London, and more.

Besides this release, the band also released the full album in a limited edition with seven 12" platters. One song on each side. Insane. Tons of art, too. I have most of that release but am missing one of the seven vinyls.

The cast of the performing band was much larger than the three. Interestingly, Adrian Utley from the Bristol band Portishead also performed on track 7 of the full album.

I really didn't get into Roni Size music as much as I did this band, though. Breakbeat Era was a special collaboration, with incredible art direction, and drums that tapped my cortex in all the right ways.

I just found an interview with Leonie about the band, as well as a live performance. Very interesting that the other two (Size
and Die) didn't tour with the band:

And the full album is on the tubes as well:

The album cover was by designer Alex Lloyd Jenkins from Cardiff, working with XLRecordings at the time.

I was the Art Director at XL-Recordings from 1995 to 2001, responsible for the entire design output for the record label including advertising, marketing and music packaging for bands such Prodigy, Basement Jaxx, Roni Size (Breakbeat Era), Jonny L, Empirion, The Locked On label and The Artful Dodger with Romina Johnson.

Here is more work from Alex for the full album release:

You can see more of Alex's work here:
https://www.creative-commission.com/users/alexjenkins

…as well as on his work account on https://www.instagram.com/designedforlife_studio/