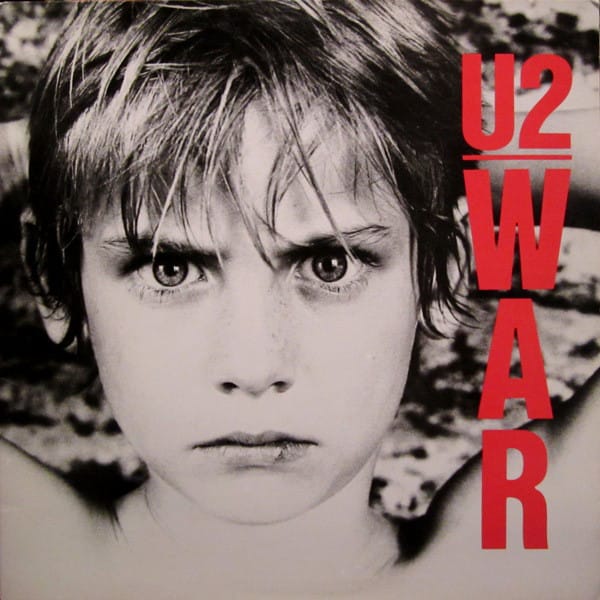 I loved this album as a kid so much that I did a rendition of the cover in pencil in my sketchbook. I don't have it now.

This is likely my first exposure to U2 (likely hearing "Sunday Bloody Sunday" on the radio before the album "Joshua Tree" was released, I mean).

The tracks are great, and very 'part of the era' for the '80s.
Favorite tracks? "Seconds" is a really good one. I remember really connecting with Drowning Man whilst likely having a teenage moment, struggling with dating, which, actually, wasn't that bad. The song is actually quite somber and dramatic.

Otherwise, the popular ones, for sure. Love the drums on "Like A Song…". "Surrender" seems the most '80s pop to me. "Sunday Bloody Sunday" being likely the most popular tune, but most political. I don't know too much about the history of that song, so… Oh, and "40," what a lovely track to end on.

Then I learned that Anton Corbijn took this cover shot.

You know his work. It's incredible. But I hadn't realized they had worked together from so far back.

Turns out there's a book about Anton's work with U2 over the years.

(Notes from this Discogs release)